I Won A James Beard Award! 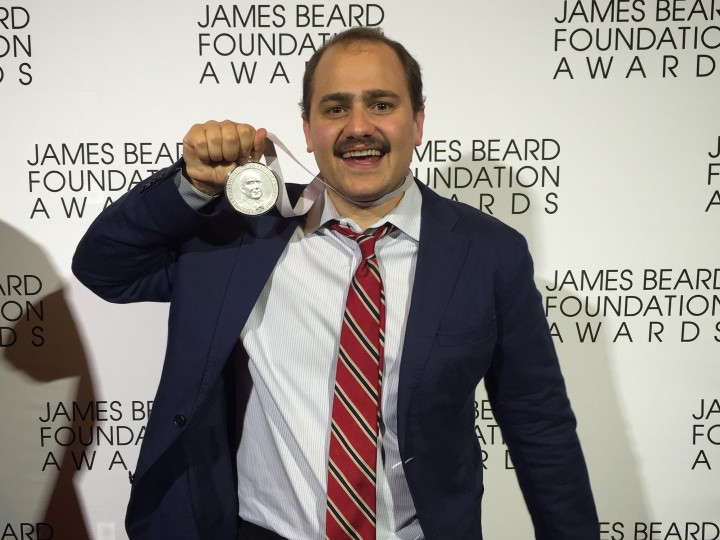 If you’re reading this, you already know: I won a James Beard Foundation Award! So you’re probably looking for more specifics. Fair!

I was nominated for a JBF Award in Journalism for the Wine, Spirits, and Other Beverage category. The story (which I wrote for Thrillist) was about black brewers, and their conspicuous absence in the craft beer world. You can read it right here. Anyway, last night, we got all dolled up in neckties and took home the medal.

you guys i won a fucking james beard award https://t.co/XXbpoFCvKa

My category included a great wine travelogue by Alan Richman and this ambitious essay on the “whiskey woman” archetype by Courtney Balestier. It was also announced damn near the end of a three-hour live awards ceremony at Chelsea Piers, so when my name got called and I was given the podium, I kept my acceptance speech super-short. Then my editors and I went to the Lucky Peach afterparty and got drunk on fried chicken. My head still hurts.

As an ex post facto addendum to my remarks from the dais, I’d like to thank everyone who contributed to this win. Joe Keohane & Ben Robinson for guiding and editing this thing; Thrillist as a whole (especially our tireless copy-editing and design teams), for giving me the platform and support to write it; everyone who read the damn thing, because without readers my job ceases to exist; my family and my girlfriend for their constant support; and most importantly, to everyone I interviewed for the piece, for putting their faith in me to tell their stories. Thank you all.

Alright, enough sappy bullshit. Thanks for everyone’s love and support. I appreciate you.